Awarded to FUSIONWRX, a Flottman Company for their Introductory Self-Promotional, Multi-Channel Campaign in recognition of the Strategy, Innovation, and Success of the program.

FUSIONWRX is the first company to ever WIN this prestigious Award in back-to-back years.

2016 Blacksmith Award from the Public Relations Society of America (PRSA)

The Blacksmith is the Top Award for the year’s Best Branding Campaign –  Awarded to FUSIONWRX for their Multi-Channel Self-Promotion; Your Marketing SOCKS!

The Region’s Top Award presented by the Northern Kentucky Chamber of Commerce to FUSIONWRX, a Flottman Company for their work with Skyward and LiveWell NKY.  Honoring the hours FUSIONWRX’s donated to provide strategic planning, event activation and brand promotion.

This annual award competition is judged by printing industry peers for quality and craftsmanship; the 2016 competition included 500 entries from over 40 companies.  Entries were judged for strategy, quality, design, craftsmanship, production, execution and success.

FUSIONWRX received the award for their efforts with LiveWell NKY promotions.

Awarded to FUSIONWRX for the University of Cincinnati’s Lindner School of Business’s Multi-Channel Awareness Campaign, awarded for Innovation, Strategy, Engagement and Campaign Success.

2015 Blacksmith Awards from the Public Relations Society of America (PRSA)

Entered 5 pieces and all 5 pieces were recognized as a finalist and a Silver or Bronze honor.

Flottman Company won GOLD for our own Marketing Advisor News-Magazine. This annual award competition is judged by printing industry peers for quality and craftsmanship; the 2015 competition included 498 entries from 50 companies.

2014 Blacksmith Awards from the Public Relations Society of America (PRSA)

Entered 3 pieces and collectively they won Bronze in the campaign category.

Inaugural design competition with over 1,100 entries and less than 10% honored.

The original, flagship design competition with over 8,000 entrees and less than 1,000 honored.

Flottman Company was honored for continued manufacturing success, enhanced employee benefits and for serving as a role model for all manufactures.

Flottman Company received awards for ALL 16 competition entries. These awards are an annual competition judged by printing industry peers for quality and craftsmanship.  The 2014 competition included over 500 entries from 60 companies.

2013 Blacksmith Awards from the Public Relations Society of America (PRSA)

The Blacksmith Award is the pinnacle of the PRSA honors, similar to a Best of Show.In addition Flottman received 3 Silver and 2 Bronze honors

Recipient of 3 Gold, 2 Silver and 1 Bronze

These awards primarily honor marketing skills. We received the most Gold Awards of all 65 entries and were the only Company to place all six entrees in the medals.

The Cincinnati Business Courier selected Peter as one of 12 Finalist for CFO of the Year.

This is the second straight year the Flottman Company has received this award. These awards honor the most successful companies throughout the tri-state region (Ohio, Kentucky and Indiana). Winners are selected by industry peers for business and economic development and are evaluated based on their current employee and revenue growth.

These annual awards recognize the successes of small businesses in Cincinnati USA Region. Flottman Company was recognized as one of three finalists in the 16-50 employee category.

These awards honor successful manufacturers; this is the fifth year for the awards sponsored by Cincy Magazine, Cincinnati Chamber, TechSolve and Gardner Media.

These awards are presented by the American Marketing Association, Cincinnati Chapter and scored by a committee of peers to honor and recognize an overall excellence in marketing.  Flottman Company became the first business in the same year, to win both the Small Business Marketing Company of the Year and Individual Marketer of the Year.

The Communitas Awards recognize companies that have excelled in service to their community. We received the Leadership in Community Service designation.

The MARCOM Awards are an international awards competition that annually receives over 6,000 entries.  Platinum Awards are presented to only those entries judged most outstanding, bases on excellence in quality, creativity and presentation.  This is our first time entering this highly prestigious competition and to take home two platinum and one honorable mention is fantastic.

These awards recognize advertising excellence based on execution, creativity, quality, consumer appeal and overall content, with over 2,000 entries annually, fewer than 10% receive this honor.

2010 University of Cincinnati, Goering Center – Family Business of the Decade

2009 University of Cincinnati, Goering Center – Family Business of the Year 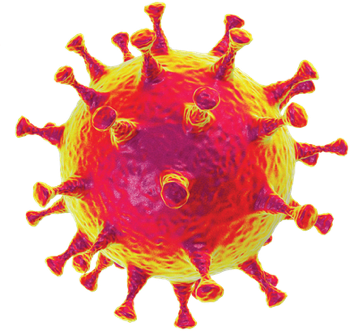 This page is having a slideshow that uses Javascript. Your browser either doesn't support Javascript or you have it turned off. To see this page as it is meant to appear please use a Javascript enabled browser.

Great group of professionals to work with.
Dennis B
I have been dealing with Flottman Company throughout my tenure (15 years). I recognized Flottman as a true Strategic Partner in our business. Love you guys!!!
Gary L
Appreciated having an experienced partner for input and focus on details. This was very beneficial to us during the development of the package insert to the final product.
Victoria M
Always a pleasure! I hope to be able to send more business your way!
Brandon S
We needed some artwork updates done in a very short time and Flottman delivered - Even with a lot of extra changes later in the process.
Scott M
My experience with Flottman has been great. They get us what we need when we needed. Very easy to work with when an job is needed in a crunch.
Lisa Ba
Sue and her staff always go above and beyond for us. I would recommend Flottman to anyone!
Kristy L
I just wanted to let you know what a great job Brooke does for us. Any time I am in the need for something she responds immediately. I just want you to know how much I appreciate Brooke when I need Flottman’s assistance. Brooke has represented your company very well ...
Dan R
Ed McMasters has been a pleasure to work with. His vision and ideas have really helped us advertise for the City of Crestview Hills Summer Concert. I really appreciate his work and time spent on our projects. The City of Crestview Hills loves partnering with the businesses located in Crestview ...
Kara K
Flottman Co. has been a valued supplier of ours for many years. I would highly recommend them to other companies.
Diane L
Always on top of deliverables, very happy with relationship.
Patrick B
In our experience Flottman is known to deliver. When we have needed items in a rush and Flottman has come through time and time again. Most important they pay close attention to detail. More than once they have questioned content they may not have been accurate. This alone has saved ...
Lisa B
Sue and the Flottman team have become an invaluable printing vendor. We are exceedingly grateful for the attention and care put into each job and how Sue always goes above and beyond to make sure our jobs are outstanding. Thank you all so much for everything you do
Jeff B
prev next